Rock Sheet Music is a category where you will find arrangements of all its subgenres, like: Alternative rock, Experimental rock, Hard rock, Heavy metal, Punk rock, etc.
There is a lot of String Quartet sheet music arranged for all occasions. Songs are picked carefully, so you can play them on wedding ceremony or birthday party. There is also a nice collection of Rock sheet music arranged for gigs, concerts and special performances.
Rock music is a genre of popular music that originated as “Rock and Roll” in the United States in the 1950s. It was heavily influenced by Blues, Rhythm and Blues and Country music. Rock music also drew strongly on a number of other genres such as Electric blues and Folk, and incorporated influences from Jazz, Classical and other musical sources. Musically, rock has centered on the electric guitar, usually as part of a rock group with electric bass guitar and drums. We took that electric guitar and rock drums, and arranged Rock tunes for String Quartet. There are songs arranged more classical and there are also songs arranged to sound more like the original rock song. 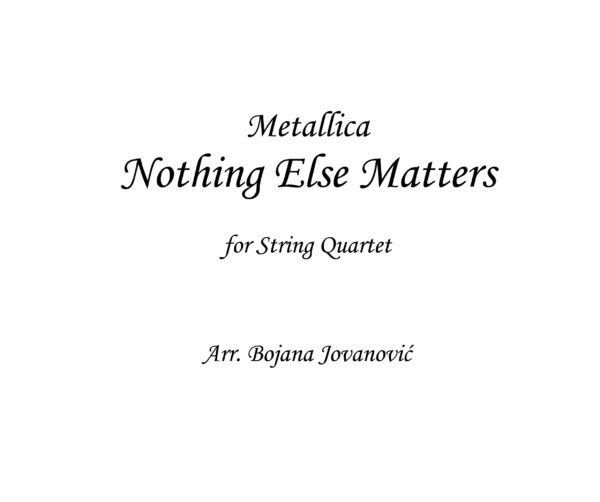 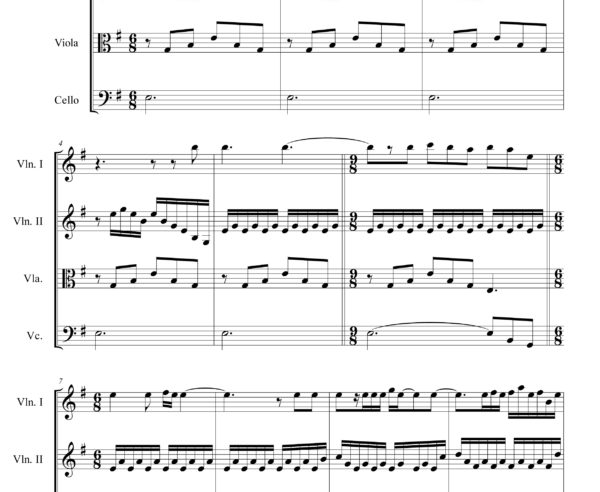 Nothing else matters (Metallica)