Chaka Khan Sheet music presents you song of this artist written as arrangement for String quartet on our website: Ain’t nobody. All songs have midi recording so you can hear sound sample of arrangement.

Chaka Khan is an American singer whose career has spanned five decades, beginning in the 1970s as the frontwoman and focal point of the funk band Rufus. “Ain’t Nobody” was released in 1983, as a bonus track for their live album Stompin’ at the Savoy. It has become one of Khan’s signature songs. Widely known as the Queen of Funk, Khan has won ten Grammys and was ranked at number 17 in VH1’s original list of the 100 Greatest Women of Rock & Roll. In the course of her solo career, Khan has achieved three gold singles, three gold albums and one platinum album with I Feel for You. With Rufus, she achieved four gold singles, four gold albums, and two platinum albums. In December 2016, Billboard magazine ranked her as the 65th most successful dance artist of all-time. 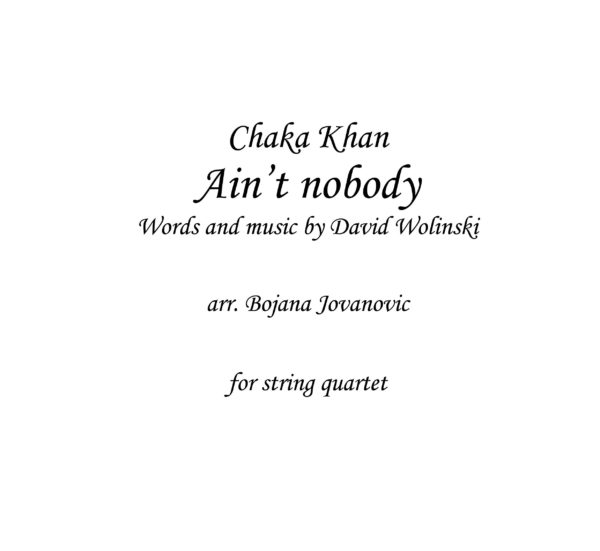 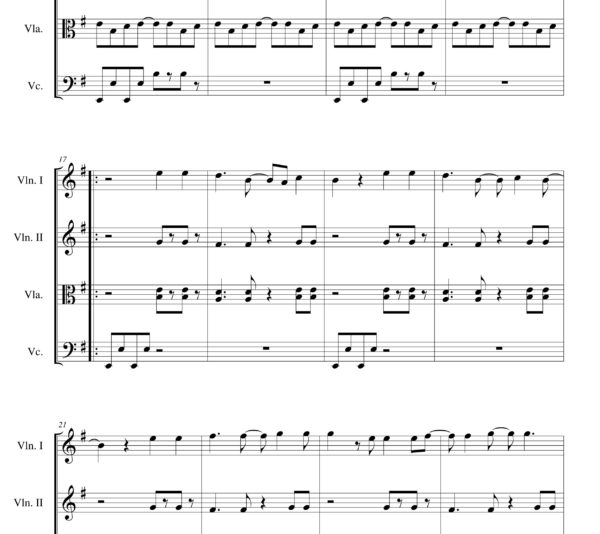