Cinderella Sheet music presents you a song from Walt Disney’s cartoon soundtrack written as arrangement for String quartet on our website: Bibbidi Bobbidi Boo (The Magic song). All songs have midi recording so you can hear sound sample of arrangement.

The Disney version of the Cinderella was based on the protagonist of the French version of the tale by Charles Perrault, “Cinderella”, written in 1698. Cinderella was animated by Marc Davis and Eric Larson, but the two animators did not have the same perception of the character, accentuating the elegance of Davis and Larson’s opting for simplicity. Walt Disney hired actress Helene Stanley to perform the live-action reference for Cinderella. The soundtrack album of Cinderella was released in 1997. It includes several demo songs cut from the original film, a new song, and a cover of “A Dream is a Wish Your Heart Makes”. The music is from the 1950 film Cinderella. 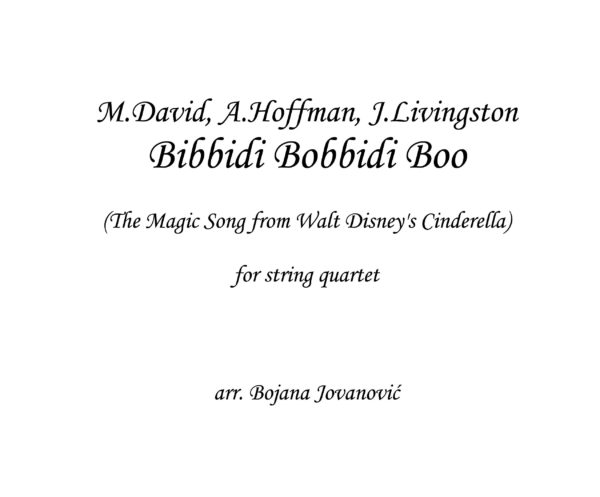 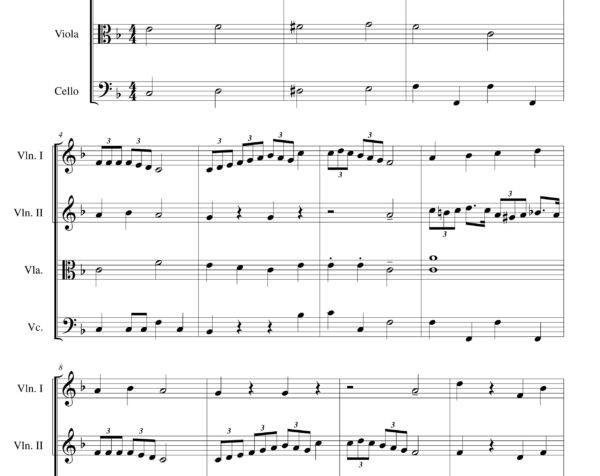