Depeche Mode Sheet music presents you song of this artist written as arrangement for String quartet: Enjoy the Silence. All songs have midi recording so you can hear sound sample of arrangement.

Depeche Mode are an English electronic band that formed in 1980 in Basildon, Essex. The group’s original line-up consisted of Dave Gahan, Martin Gore, Andy Fletcher and Vince Clarke. Depeche Mode released their debut album in 1981, Speak & Spell, bringing the band onto the British new wave scene. Clarke left the band after the release of the album, leaving the band as a trio to record A Broken Frame, released the following year. Gore took over lead songwriting duties and, later in 1982, Alan Wilder officially joined the band to fill Clarke’s spot, establishing a line up that would continue for the next thirteen years. Depeche Mode have had fifty songs in the UK Singles Chart and thirteen top 10 albums in the UK chart. The band is included in the list of the “50 Bands That Changed the World!”. Depeche Mode also rank number 98 on VH1’s “100 Greatest Artists of All Time”. 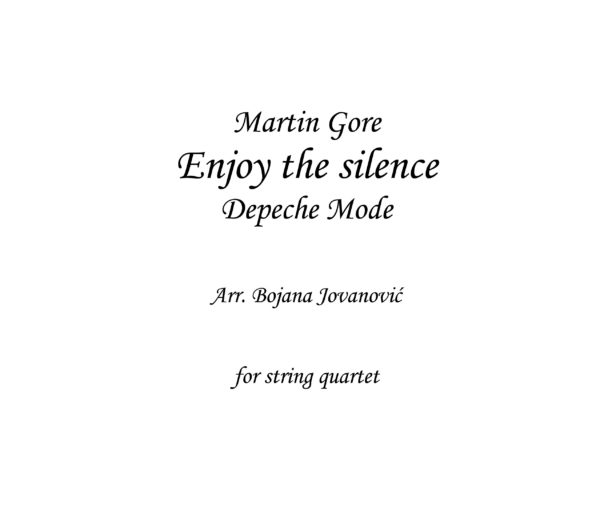 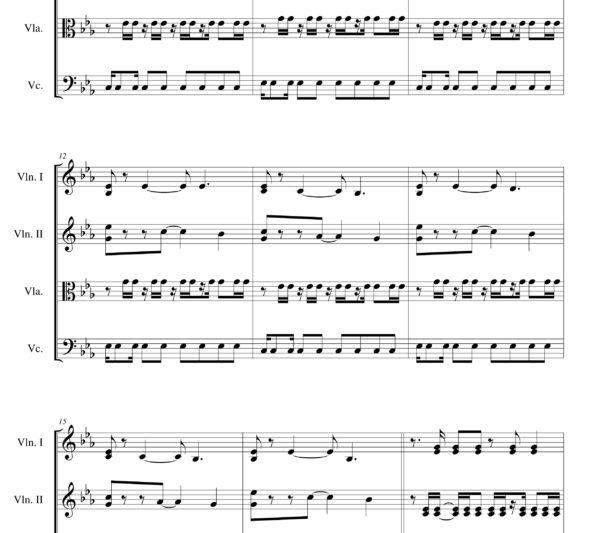