Dire Straits Sheet music presents you song of this band written as arrangement for String quartet: Sultans of Swing. All songs have midi recording so you can hear sound sample of arrangement.

Dire Straits were a British rock band that formed in 1977 by Mark Knopfler, his younger brother David Knopfler, John Illsley, and Pick Withers. Dire Straits’ sound drew from a variety of musical influences, including jazz, folk, and blues, and came closest to beat music within the context of rock and roll. Despite the prominence of punk rock during the band’s early years, their stripped-down sound contrasted with punk, demonstrating a more “rootsy” influence that emerged from pub rock. Many of their compositions were melancholic. According to the Guinness Book of British Hit Albums, band spent over 1,100 weeks on the UK albums chart, ranking fifth all-time. Their career spanned a combined total of 15 years. They originally split up in 1988, but reformed in 1991, and disbanded for good in 1995 when Mark Knopfler launched his solo career full-time. 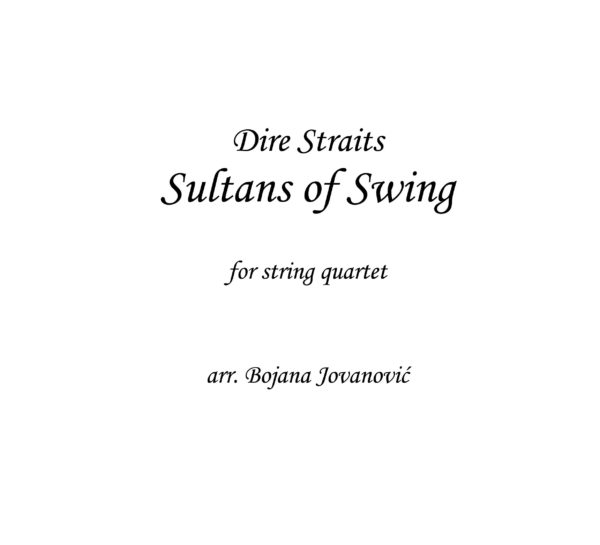 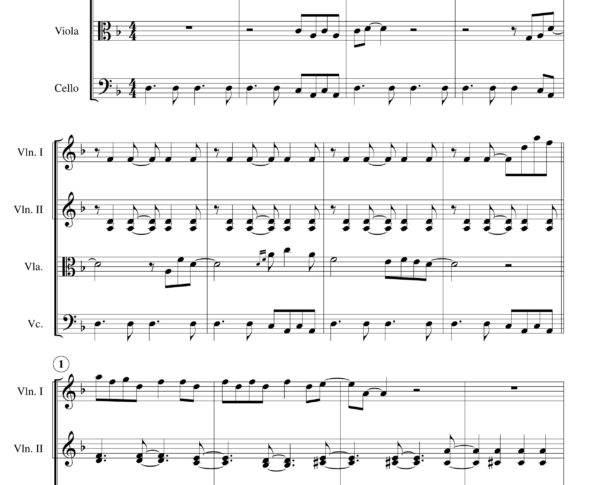