Dr Dre Sheet music presents you song of this artist written as arrangement for String quartet on our website: The Next Episode. All songs have midi recording so you can hear sound sample of arrangement.

Andre Romelle Young, better known by his stage name Dr. Dre, is an American rapper, record producer, and entrepreneur. He is the founder and current CEO of Aftermath Entertainment and Beats Electronics. Dre was previously the co-owner of, and an artist on, Death Row Records. He has produced albums for and overseen the careers of many rappers, including 2Pac, The D.O.C., Snoop Dogg, Eminem, Xzibit, Knoc-turn’al, 50 Cent, The Game and Kendrick Lamar. He is credited as a key figure in the popularization of West Coast G-funk, a style of rap music characterized as synthesizer-based with slow, heavy beats. In 2014, Dr. Dre was ranked as the second richest figure in the American hip hop scene by Forbes with a net worth of $550 million. Rolling Stone ranked Dre at 56 on their list of “100 Greatest Artists of All-Time”. 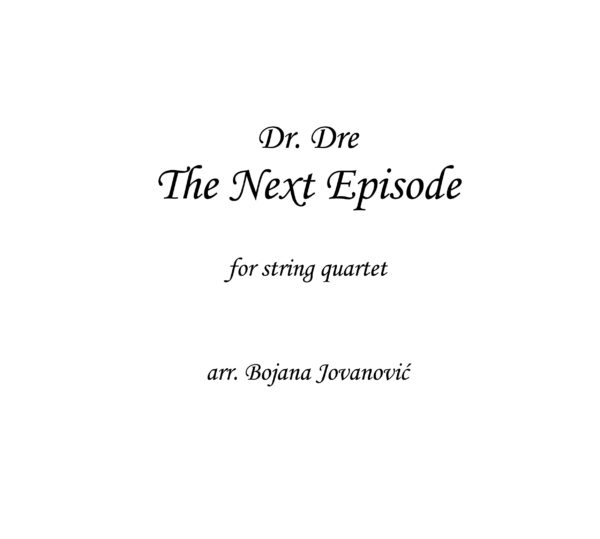 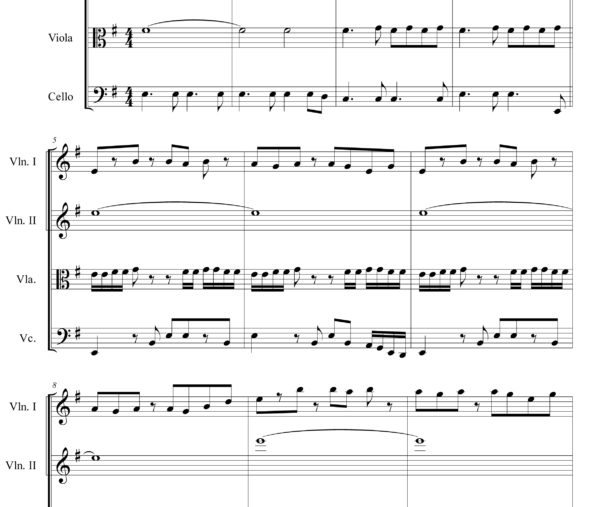 The Next Episode (Dr. Dre)