Endless Love Sheet music presents you a song from this movie soundtrack written as arrangement for String quartet on our website: Endless Love (Lionel Richie & Diana Ross). All songs have midi recording so you can hear sound sample of arrangement.

Endless Love is a 1981 American romantic drama film based on Scott Spencer’s 1979 novel of the same name. The film is directed by Franco Zeffirelli, and stars Brooke Shields and Martin Hewitt. The screenplay was written by Judith Rascoe. The original music score was composed by Jonathan Tunick. The film was released in July 1981 and received negative reviews, with critics comparing it unfavourably to the novel. Spencer disliked it, believing the filmmakers to have missed the point of the book. The film was a moderate box-office success, and its theme song, performed by Diana Ross and Lionel Richie and also called “Endless Love”, became a #1 hit on the Billboard Hot 100. It spent nine weeks at #1 and received Academy Award and Golden Globe nominations for “Best Original Song,” along with five Grammy nominations. 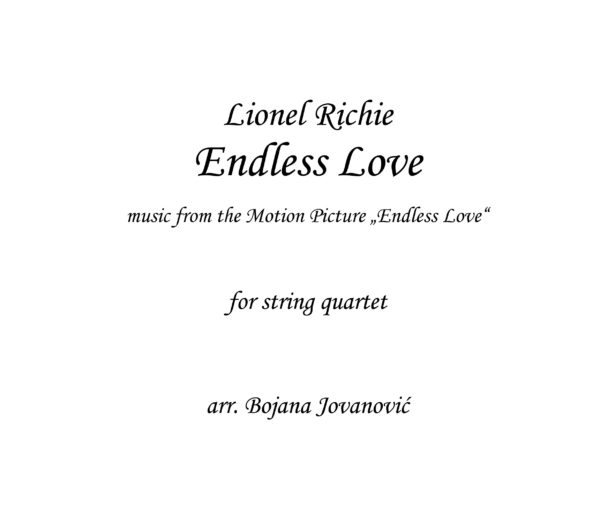 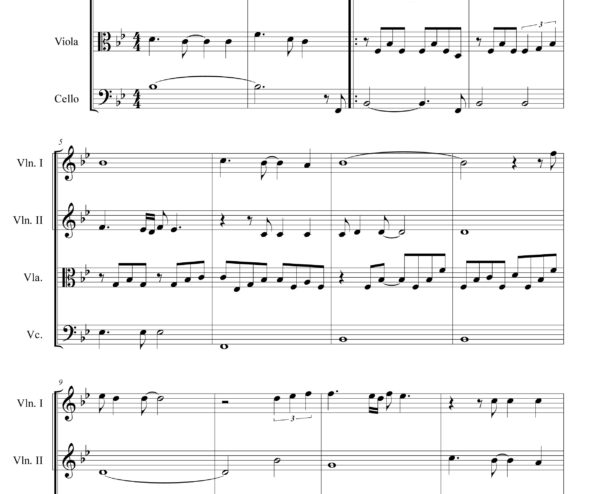