Geri Halliwell Sheet music presents you song of this artist arranged for String quartet: It’s raining men. Every product has midi recording so you can hear sound sample of an arrangement.

Geraldine Estelle “Geri” Horner is an English pop singer-songwriter, clothes designer, author and actress. Halliwell came to international prominence in the 1990s as Ginger Spice, a member of the successful girl group the Spice Girls. In 1998 Halliwell left the Spice Girls, though she rejoined the group when they reunited in 2007. In 1999, Halliwell launched her solo career and released her debut album Schizophonic. In 2001, Halliwell released her second album Scream If You Wanna Go Faster: the first single, “It’s Raining Men”, peaked at number one in the UK and went on to become Halliwell’s biggest hit of her career. She released her third studio album Passion in 2005. Halliwell has been nominated for four Brit Awards (in 2000 and 2002). 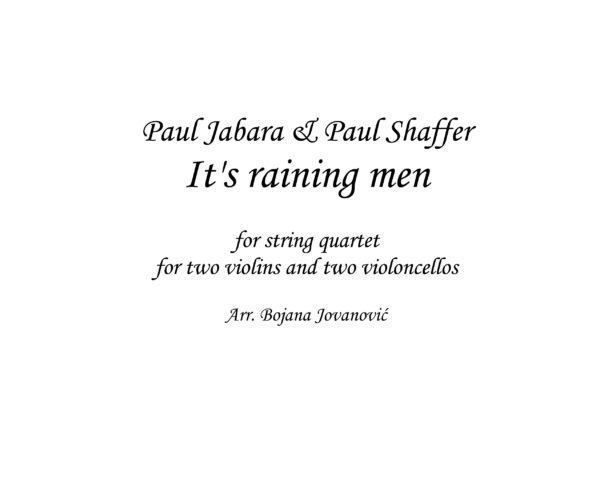 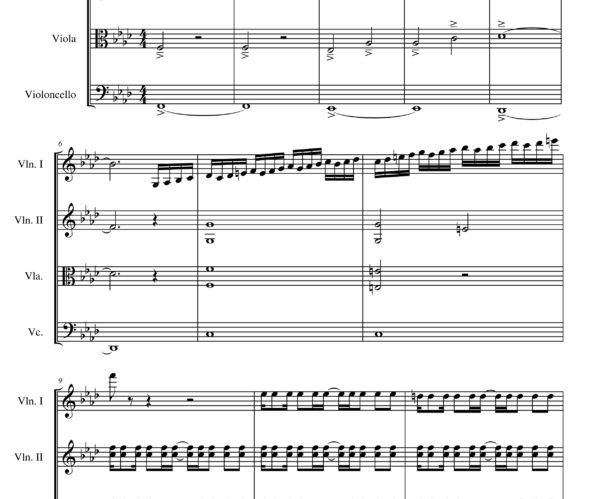