Gnarls Barkley Sheet music presents you song of this band written as arrangement for String quartet on our website: Crazy. All songs have midi recording so you can hear sound sample of arrangement.

Gnarls Barkley is an American soul duo, composed of singer-songwriter CeeLo Green and producer Danger Mouse. They have released two studio albums, St. Elsewhere (2006) and The Odd Couple (2008). St. Elsewhere was recorded on the Warner Music UK label, and contained their hit single “Crazy” which topped at number two on the US Hot 100, and topped the charts in the UK. It was also nominated at the 2007 Grammy Awards for Record of the Year, and was platinum certified for shipping over 1,000,000 records. The Odd Couple was recorded on Downtown Records label, and was scheduled for release in April 2008, but due to a leak of their album over the internet, they were forced to release it early. 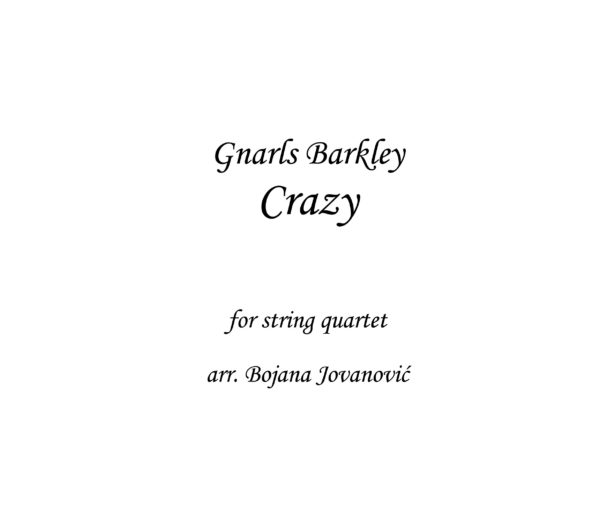 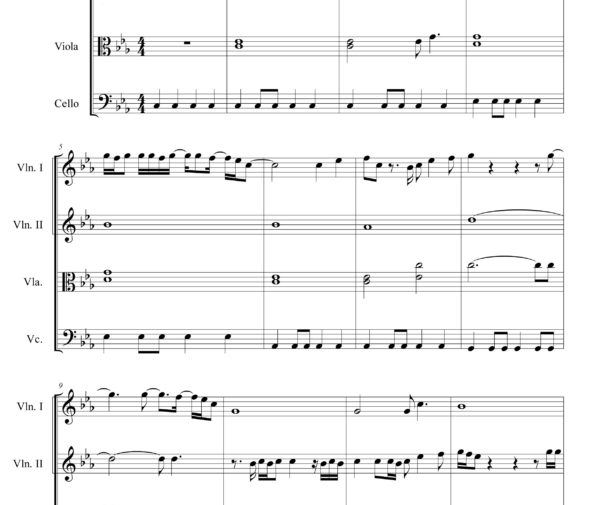