Loreena McKennitt Sheet music presents you songs of this artist written as arrangements for String quartet on our website: Tango to Evora, Kecharitomene and The Old ways. All songs have midi recording so you can hear sound sample of arrangement.

Loreena Isabel Irene McKennitt, is a Canadian musician, composer, harpist, accordionist and pianist who writes, records and performs world music with Celtic and Middle Eastern themes. McKennitt is known for her refined and clear dramatic soprano vocals. McKennitt’s first album, Elemental, was released in 1985, followed by To Drive the Cold Winter Away (1987), Parallel Dreams (1989), The Visit (1991), The Mask and Mirror (1994), A Winter Garden (1995), The Book of Secrets (1997), An Ancient Muse (2006), A Midwinter Night’s Dream (2008), and The Wind That Shakes the Barley (2010). All of her work is released under her own label, Quinlan Road. In 1990, McKennitt provided the music for the National Film Board of Canada documentary The Burning Times, a feminist revisionist account of the Early Modern European witchcraft trials. The main theme song would later be rerecorded by her and her band on her album The Visit under the title “Tango to Evora.” 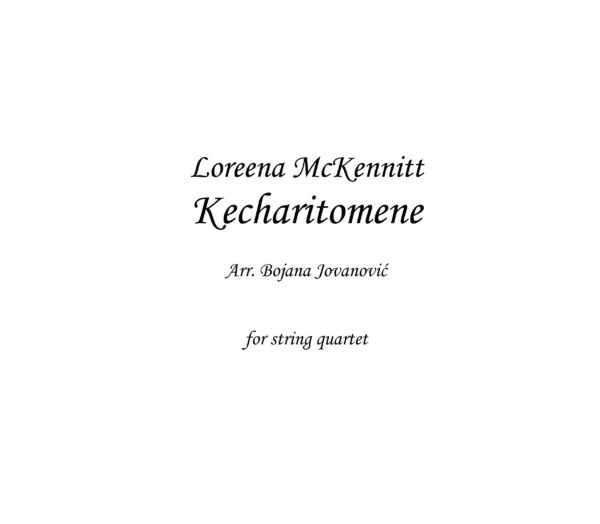 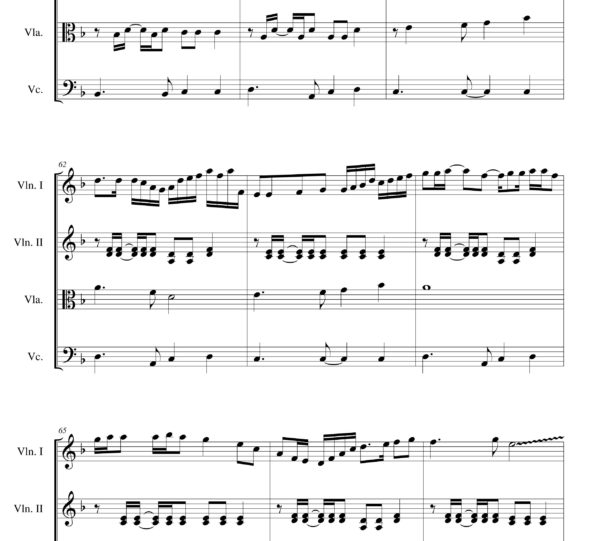 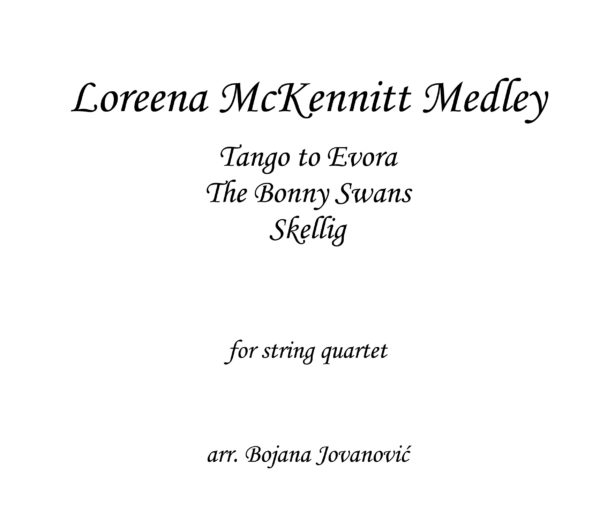 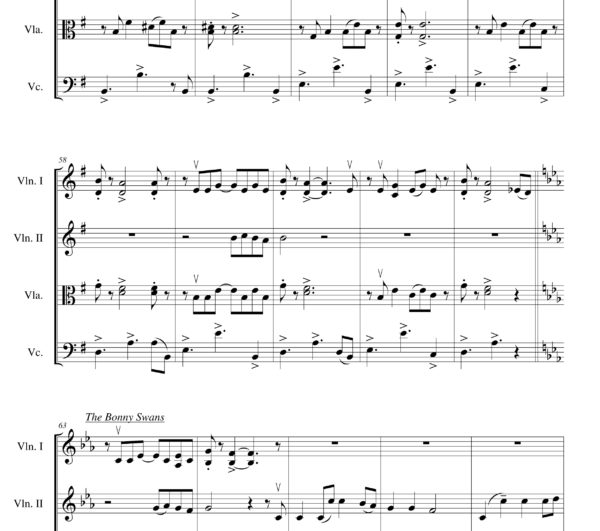 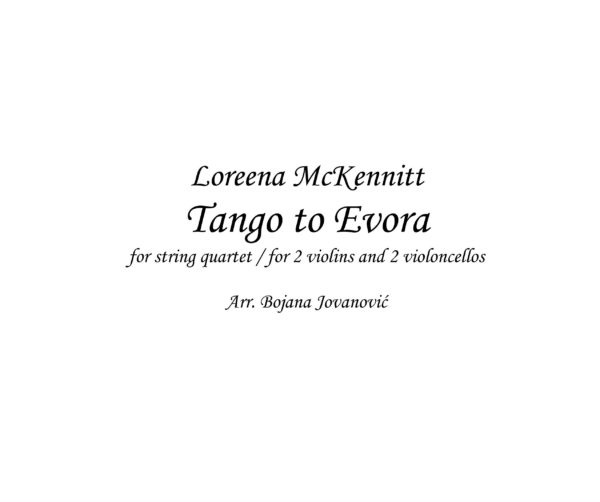 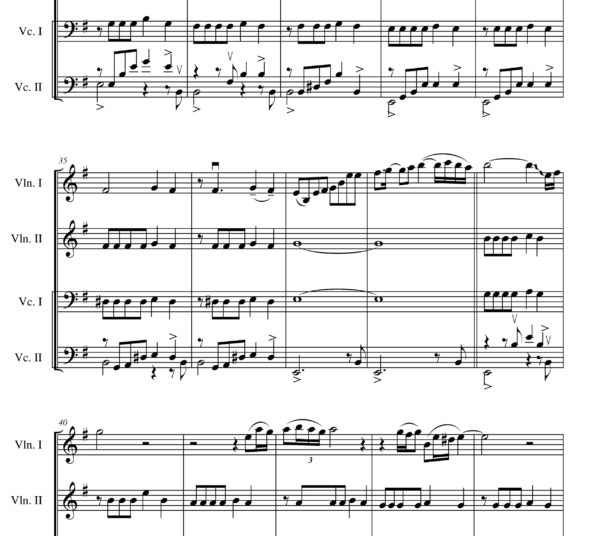 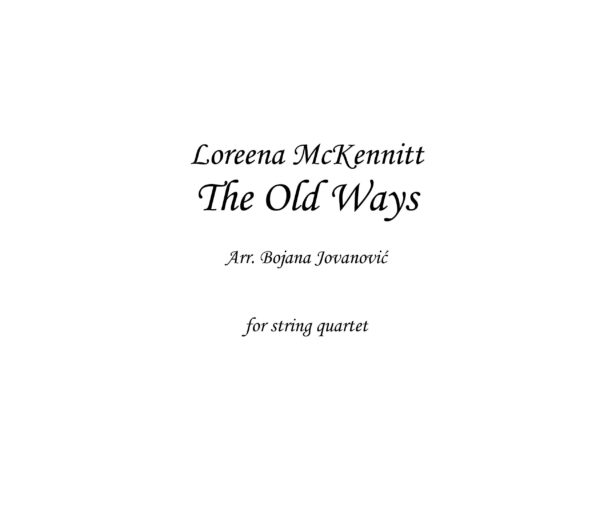 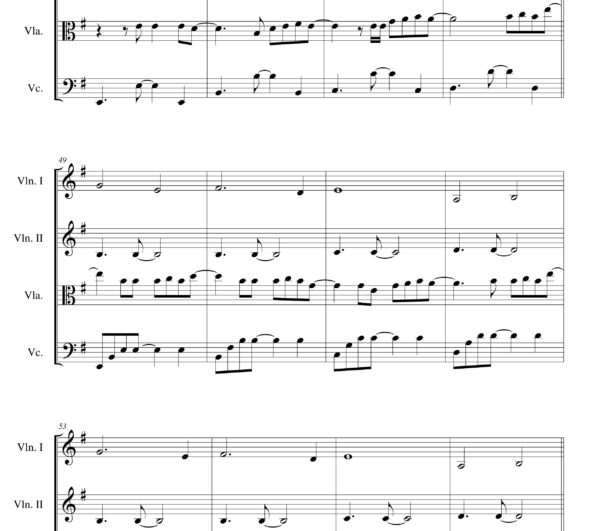