Madredeus Sheet music presents you song of this artist written as arrangement for an ensemble: Violin, Cello, Accordion and Guitar: Alfama. All songs have midi recording so you can hear sound sample of arrangement.

Madredeus is a Portuguese musical ensemble. Their music combines traditional Portuguese music (subgenre of fado) with influences of modern folk music.
In 1987, Madredeus recorded their first album, Os dias da Madredeus, in their rehearsal space, a converted abbey in Lisbon. The recording was especially strenuous due to deafening interruptions every 5 minutes from Lisbon’s tram service, which ran directly above. In honour of this unavoidable presence in their every performance, they named themselves after the surrounding neighborhood, Madre de Deus (Mother of God), shortened to the vernacular Madredeus. They released several albums and became very popular in Portugal, but remained relatively unknown abroad. This changed in 1994 when Wim Wenders, impressed by their music, asked Madredeus to perform in his movie Lisbon Story – the soundtrack gave the band international fame. 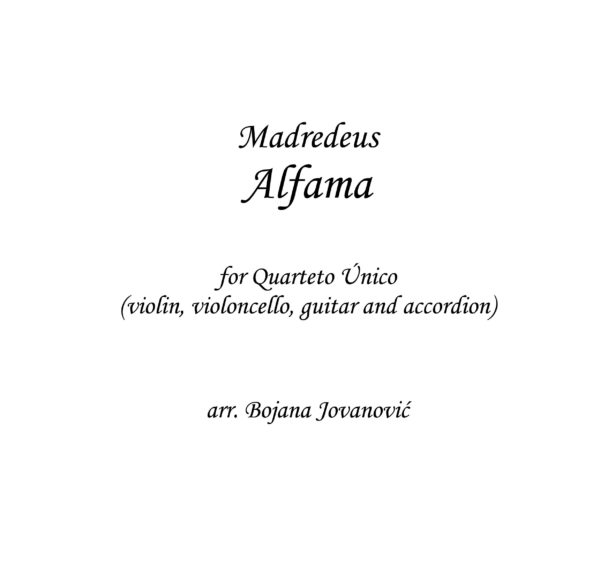 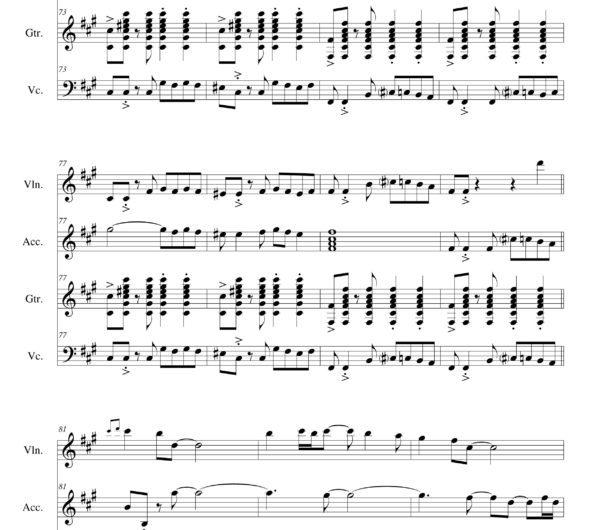