Meghan Trainor Sheet music presents you song of this artist written as arrangement for String quartet on our website: All about that bass. All songs have midi recording so you can hear sound sample of arrangement.

Meghan Elizabeth Trainor is an American singer, songwriter and record producer. Trainor wrote, recorded, performed, and produced three independently-released albums between ages 15 and 17. In 2011, she signed a publishing deal with Big Yellow Dog Music, and pursued a career in songwriting. After signing a record deal with Epic Records in 2014, Trainor rose to fame with the release of her major-label debut studio album, Title (2015). The album debuted at number one on the US Billboard 200, went on to sell over one million copies domestically, and produced three top 10 singles: “All About That Bass”, “Lips Are Movin” and “Like I’m Gonna Lose You”. Her second major release Thank You was released in 2016, preceded by its lead single “No” which peaked at number 3 on the Billboard Hot 100. 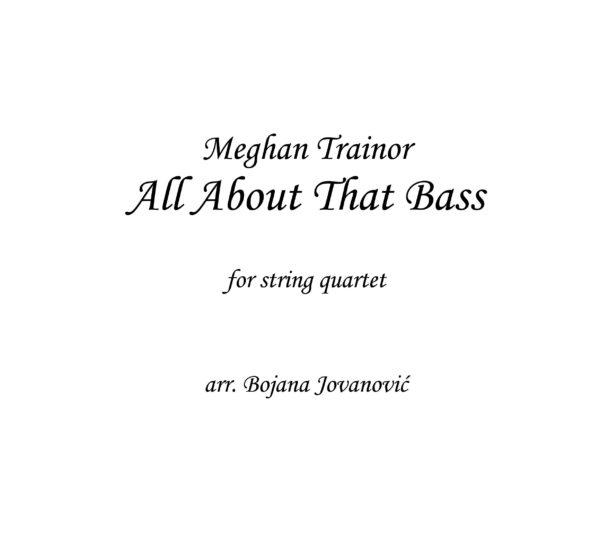 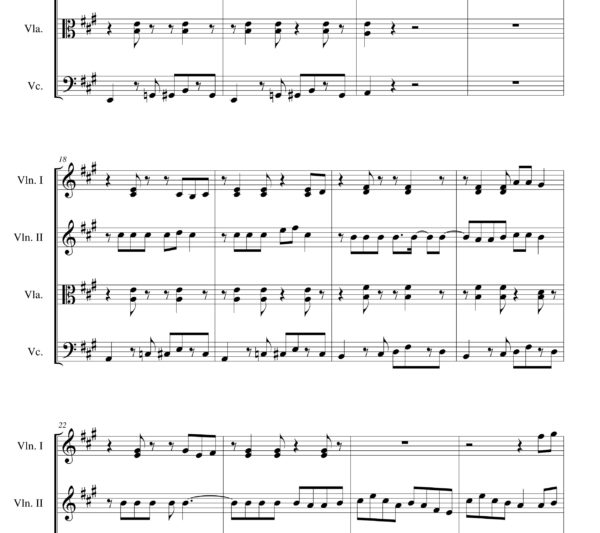 All about that bass (Meghan Trainor)