Ozzy Osbourne Sheet music presents you song of this artist written as arrangement for String quartet on our website: Crazy Train. All songs have midi recording so you can hear sound sample of arrangement.

John Michael “Ozzy” Osbourne is an English singer, songwriter, and actor. He rose to prominence in the early 1970s as the lead vocalist of the heavy metal band Black Sabbath. He was fired from Black Sabbath in 1979 and went on to have a successful solo career, releasing 11 studio albums, the first seven of which were all awarded multi-platinum certifications in the US. Osbourne has since reunited with Black Sabbath on several occasions, recording the album 13 in 2013. His longevity and success have earned him the informal title of “Godfather of Heavy Metal”. Possessing a distinctive singing voice and as a native of Birmingham, Osbourne is known for his strong Brummie accent – he has a star on the Birmingham Walk of Stars in his hometown as well as the Hollywood Walk of Fame. At the 2014 MTV Europe Music Awards, he received the Global Icon Award. 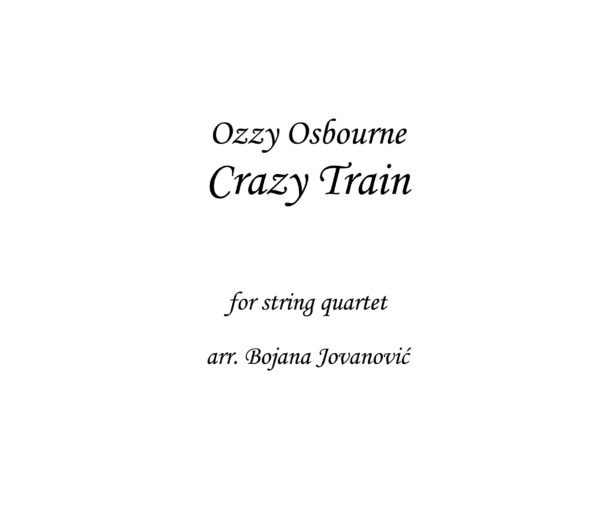 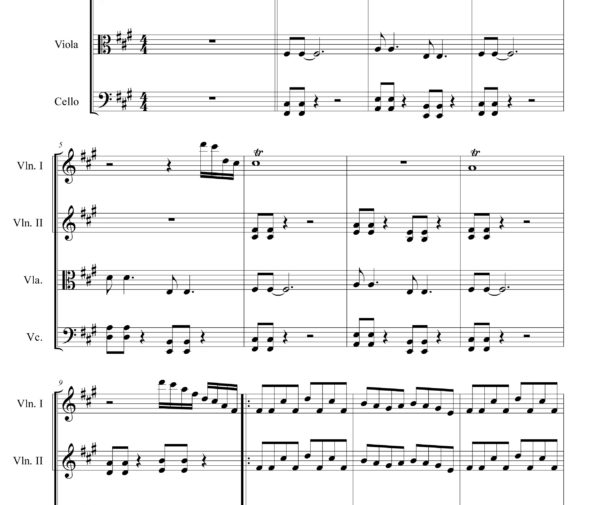