Penguin Cafe Orchestra Sheet music presents you song of this artist written as arrangement for String quartet on our website: Perpetuum Mobile. All songs have midi recording so you can hear sound sample of arrangement.

The Penguin Cafe Orchestra (PCO) was an avant-pop band led by English guitarist Simon Jeffes. Also founded by Jeffes with cellist Helen Liebmann, the band toured extensively during the 1980s and 1990s. The orchestra’s sound is not easily categorized, but has elements of exuberant folk music and a minimalist aesthetic occasionally reminiscent of composers such as Philip Glass. The group recorded and performed for 24 years until Jeffes died of an inoperable brain tumour in 1997. Several remaining members of the original group reunited for three concerts in 2007. Since then, five original members have continued to play concerts of PCO’s music, first as The Anteaters, then as The Orchestra That Fell to Earth. In 2009, Jeffes’ son Arthur founded a distinct successor band simply called Penguin Cafe. Although it includes no original PCO members, it features many PCO pieces in its live repertoire, and records and performs new music written by Arthur. 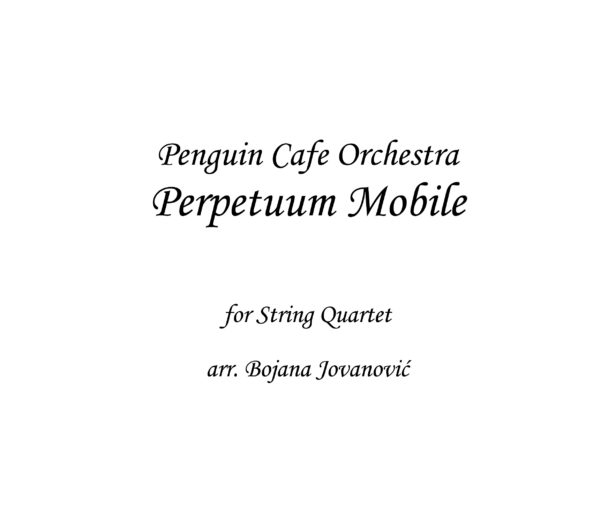 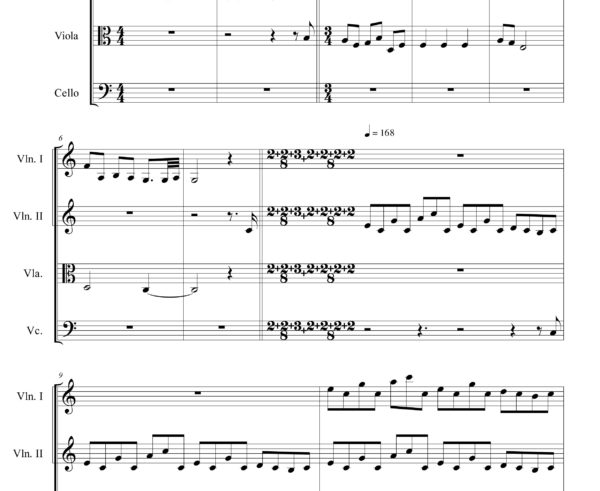