The Cranberries Sheet music presents you song of this artist written as arrangement for String quartet on our website: Zombie. All songs have midi recording so you can hear sound sample of arrangement.

The Cranberries are an Irish rock band who formed in Limerick in 1989. The band consists of vocalist Dolores O’Riordan, guitarist Noel Hogan, bassist Mike Hogan and drummer Fergal Lawler. Although widely associated with alternative rock, the band’s sound also incorporates indie pop, post-punk, Irish folk and pop rock elements. The Cranberries rose to international fame in the 1990s with their debut album, Everybody Else Is Doing It, So Why Can’t We?, which became a commercial success. The group was one of the most successful rock acts of the ’90s and sold over 40 million albums worldwide. The band has achieved four top 20 albums on the Billboard 200 chart (Everybody Else Is Doing It, So Why Can’t We?; No Need to Argue, To the Faithful Departed and Bury the Hatchet) and eight top 20 singles on the Modern Rock Tracks chart (“Linger”, “Dreams”, “Zombie”, “Ode to My Family”, “Ridiculous Thoughts”, “Salvation”, “Free to Decide” and “Promises”). 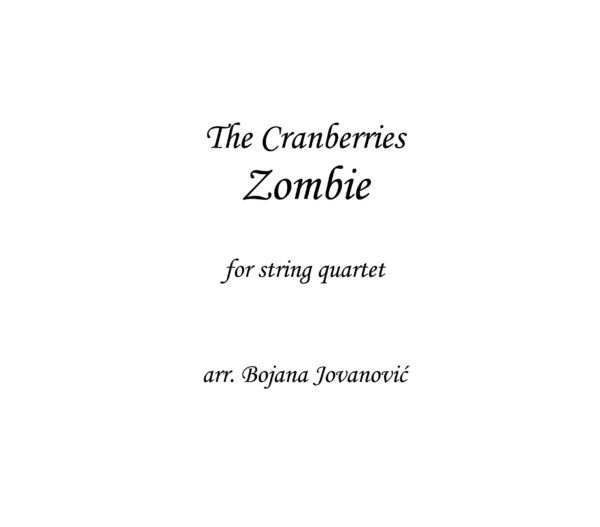 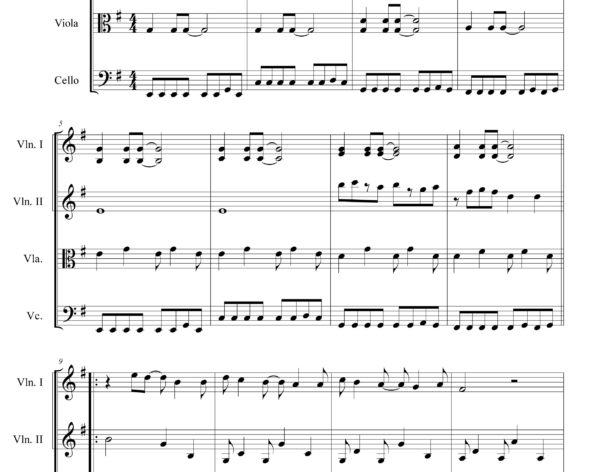