The Killers Sheet music presents you song of this artist written as arrangement for String quartet on our website: Somebody told me. All songs have midi recording so you can hear sound sample of arrangement.

The Killers is an American rock band formed in Las Vegas, Nevada, in 2001. The band’s name is derived from a logo on the bass drum of a fictitious band, portrayed in the music video for the New Order song “Crystal”. The band has released four chart topping studio albums: Hot Fuss (2004), Sam’s Town (2006), Day & Age (2008) and Battle Born (2012). The Killers are seen as one of the biggest rock bands of the 21st century, and the most successful rock band to ever emerge from the state of Nevada, having sold an estimated 22 million records worldwide. They have also achieved worldwide success as a live band, performing in over 50 countries and on six continents, headlining venues such as Madison Square Garden and Wembley Stadium. “Somebody told me” was released as the second official single from the group’s debut studio album Hot Fuss (2004). In an interview with Rolling Stone, Brandon Flowers said “This is the story of trying to meet someone in a club.” 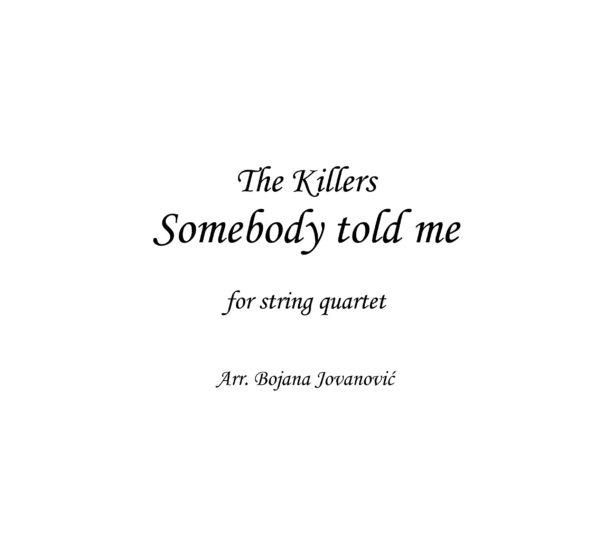 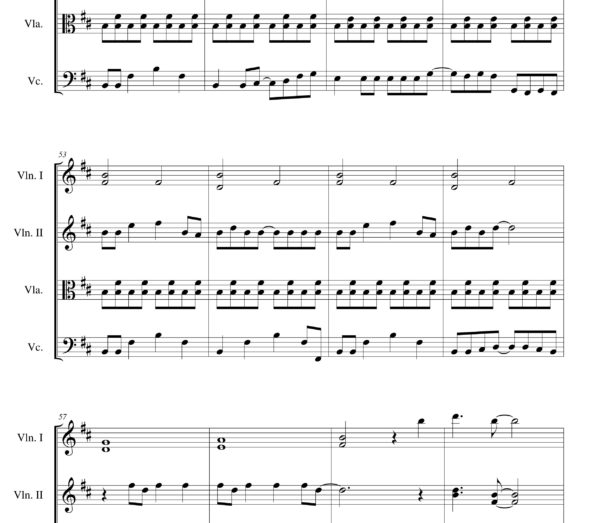 Somebody told me (The Killers)