The Pink Panther Sheet music presents you a song from this movie soundtrack written as arrangement for String quartet on our website: The Pink Panther main theme (Henry Mancini). All songs have midi recording so you can hear sound sample of arrangement.

The Pink Panther is a series of comedy-mystery films featuring an inept French police detective, Inspector Jacques Clouseau. The series began with the release of The Pink Panther (1963). The role of Clouseau was originated by, and is most closely associated with, Peter Sellers. Most of the films were directed and co-written by Blake Edwards, with theme music composed by Henry Mancini. Elements and characters inspired by the films were adapted into other media, including books, comic books and animated series. The first film in the series had an animated opening sequence, created by DePatie-Freleng Enterprises and set to the theme music by Mancini, which featured the Pink Panther character. 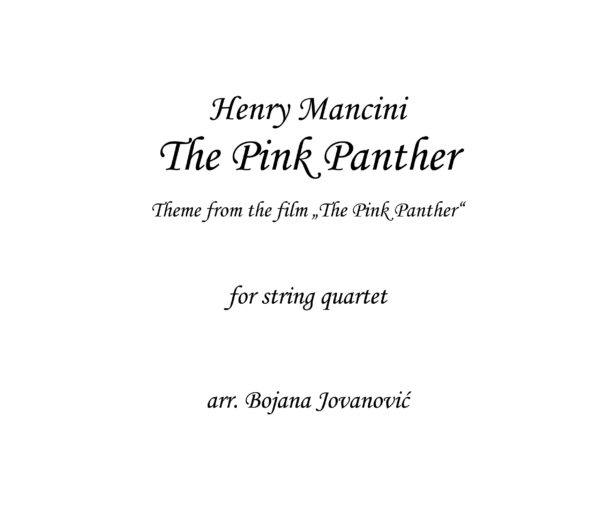 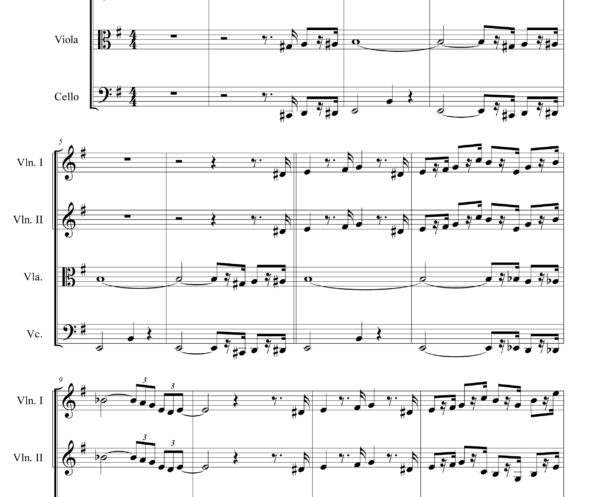