Zorba the Greek Sheet music presents you a song from this movie soundtrack written as arrangement for String quartet on our website: Zorba’s dance, better known as Sirtaki (Mikis Theodorakis). All songs have midi recording so you can hear sound sample of arrangement.

Zorba the Greek is a 1964 British-Greek comedy-drama film written, produced, edited, and directed by Cypriot Michael Cacoyannis and starring Anthony Quinn as the title character. Based on the 1946 novel of the same name by Nikos Kazantzakis, the film’s supporting cast includes Alan Bates, Lila Kedrova, Irene Papas, and Sotiris Moustakas. The film was shot on location on the Greek island of Crete. Specific locations featured include the town of Chania, the Apokoronas region and the Akrotiri peninsula. The famed scene in which Quinn’s character dances the Sirtaki was filmed on the beach of the village of Stavros. It was the 19th highest-grossing film of 1964. The film won three Academy Awards. The dance at the end of the film, choreographed by Giorgos Provias, formerly known as “Zorba’s dance” and later called Sirtaki, has become a popular cliché of Greek dance. 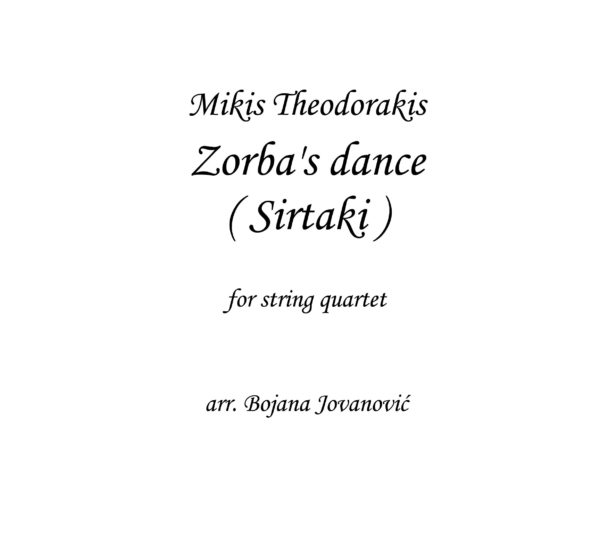 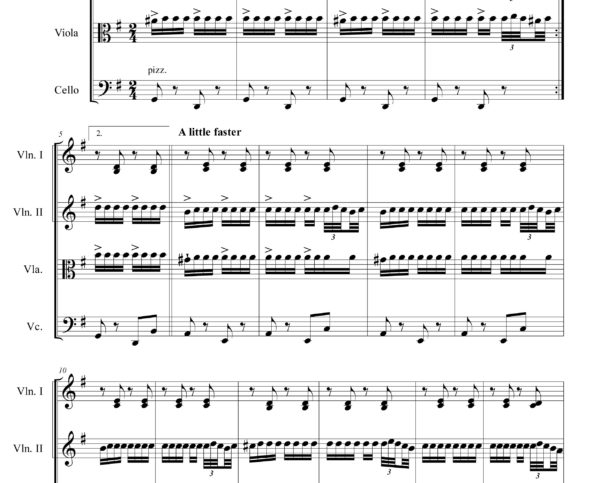