Award winning violin player, Sofija Longo, is one of the rare artists I know who likes to improvise with every music genre and every possible ensemble. Thanks to Sofija and her crazy idea of arrangements, I started to work on Solo violin improvisation for Hip hop music, after that we started to work on Arab songs, soundtrack of Japanese film “Hana-bi” (exclusive, not for further sale), three beautiful songs for Vocal, Flute and String quartet and lot of arrangements for violin ensembles for her Violin workshop at The District, Abu Dhabi Summer Season.

Here you can listen to her string quartet “Blue Moon” performing our arrangement “Theme from James Bond”: 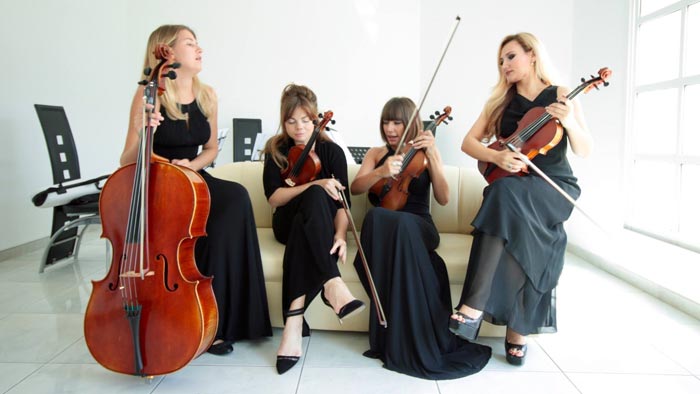 Here you can listen to her “Luminescence” Trio performing our arrangement “Aatini el-Nay” (Fairuz): 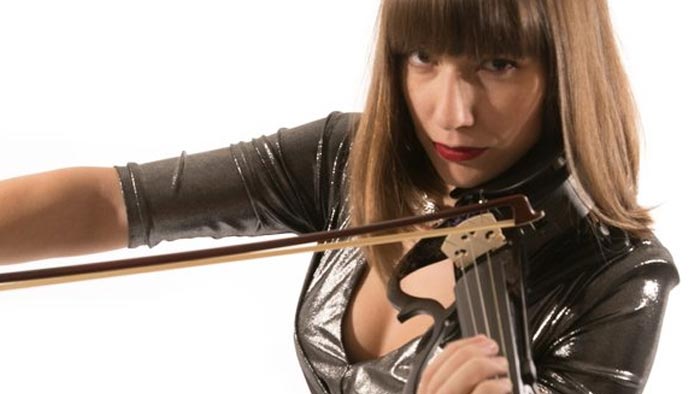 Sofija Longo was born in Serbia, and now lives in Dubai. During University studies she was a member of The Music Academy Orchestra and performed as a guest musician at The Belgrade Symphony Orchestra. In 2010 she composed music with Nenad Jevtic, for a documentary movie “Return of Karl Marx” a production of Film Noir and directed by Jason Barker, and in 2011 she composed music for TVC for SAE (Dubai) and won the Silver medal at Dubai Lynx 2011, Talent for Cutting! Composing musical pieces and songs is her passion. Performing a violin to envelop the audience with the beauty of form, harmony and expression of emotion is her utmost ardor.