Babe Sheet music presents you a song from this movie soundtrack written as arrangement for String quartet on our website: If I Had Words (John Hodge). All songs have midi recording so you can hear sound sample of arrangement.

Babe is a 1995 Australian-American comedy-drama film directed by Chris Noonan, produced by George Miller, and written by both. It is an adaptation of Dick King-Smith’s 1983 novel The Sheep-Pig, also known as Babe: The Gallant Pig in the US, which tells the story of a pig who wants to be a sheepdog. The main animal characters are played by a combination of real and animatronic pigs and Border Collies. The film was a box office success and grossed $36,776,544 at the box office in Australia. It has received considerable acclaim from critics: it was nominated for seven Academy Awards including Best Picture, Best Director and Best Adapted Screenplay, winning Best Visual Effects. It also won the Golden Globe Award for Best Motion Picture – Musical or Comedy and the Saturn Award for Best Fantasy Film.
In 1998, Miller directed a sequel, Babe: Pig in the City. 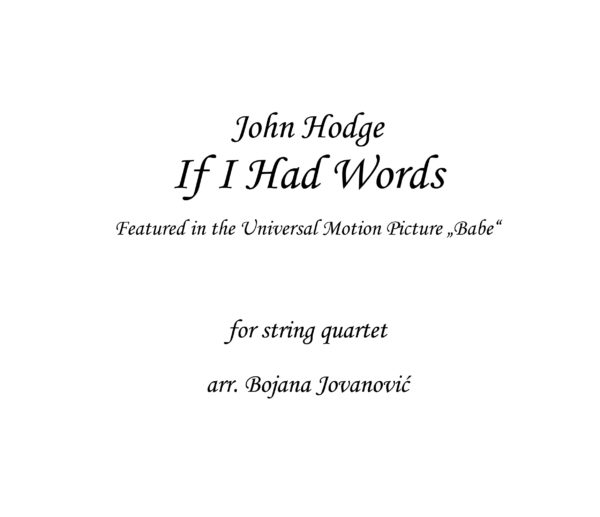 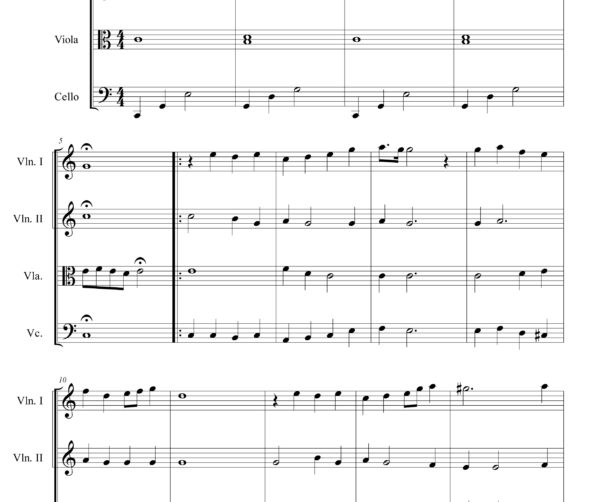 If I Had Words (John Hodge)