Robin Thicke Sheet music presents you song of this artist written as arrangement for String quartet on our website: Blurred lines (ft Pharrell Williams, T.I.). All songs have midi recording so you can hear sound sample of arrangement.

Robin Charles Thicke is an American singer, songwriter and record producer. Thicke has worked with several artists, such as Christina Aguilera, Nicki Minaj, K. Michelle, Pharrell Williams, Usher, Jennifer Hudson, Flo Rida, Kid Cudi and Mary J. Blige, among others. Thicke worked on albums such as Usher’s Confessions and Lil Wayne’s Tha Carter III, while releasing his own R&B singles in the US including “Lost Without U”, “Magic”, and “Sex Therapy”. He rose to international fame in 2013 with his single “Blurred Lines”, which reached number one on the US Billboard Hot 100. 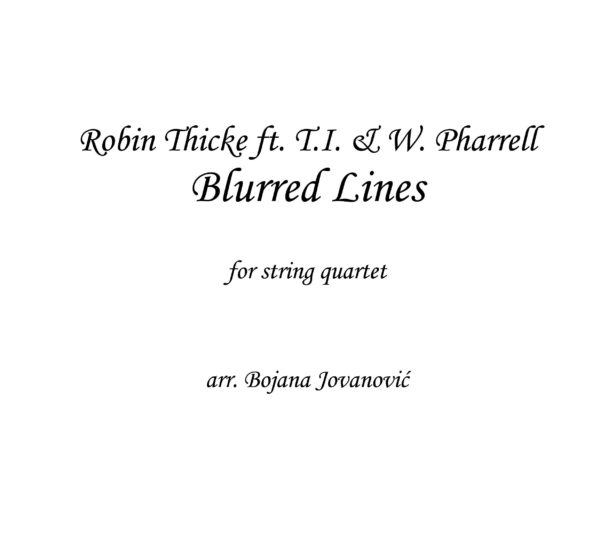 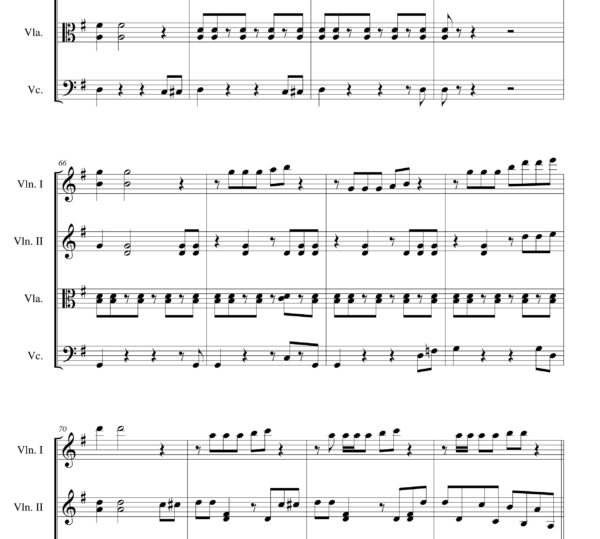