Sheet music Assassin’s Creed presents you songs from all soundtracks parts, written as arrangements for String quartet on our website: Main theme (III part) and Revelations. All songs have midi recording so you can hear sound sample of arrangement.

Assassin’s Creed is a franchise centered on an action-adventure video-game series developed by Ubisoft. It depicts in the centuries-old struggle between the Assassins, who fight for peace with free will, and the Templars, who desire peace through control. Featuring historical fiction and characters, mixed with real-world historical events, and figures. The series took inspiration from the novel Alamut by the Slovenian writer Vladimir Bartol, while building upon concepts from the Prince of Persia series. The series has been well received by the public and critics, and has sold over 93 million copies as of June 2015, becoming Ubisoft’s best selling franchise. Additionally from the video-games the series has been expanded into a film, comics and novels; all of which take place within the same continuity as the main video-games series. The Assassin’s Creed: Revelations soundtrack is a collection of music tracks written by Danish composer Jesper Kyd, alongside Scottish composer Lorne Balfe. Balfe, with producer Hans Zimmer, scored the music for cutscenes and multiplayer, while Kyd composed most of the music for the gameplay elements. It was released online on November 15, 2011. The Assassin’s Creed III soundtrack is a collection of music tracks written by Scottish composer Lorne Balfe. It was released online on October 30, 2012. 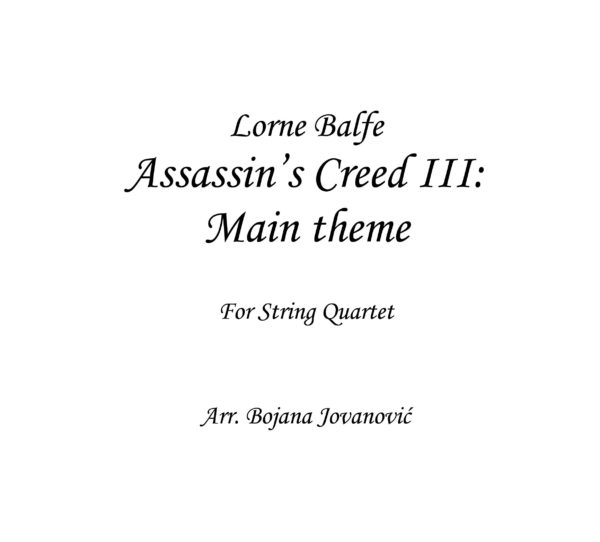 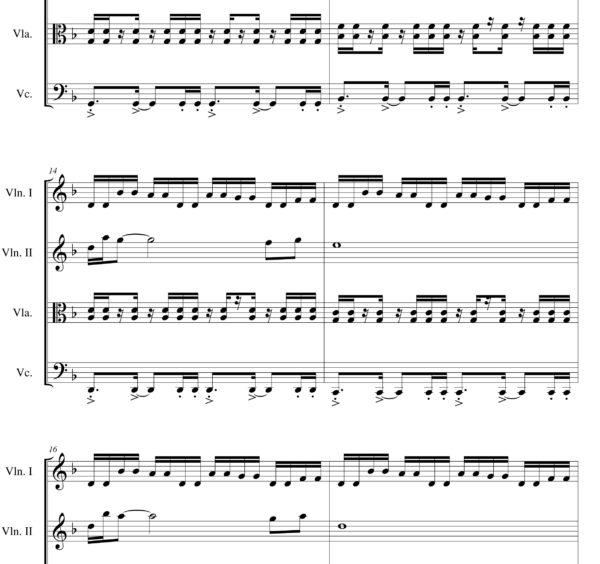 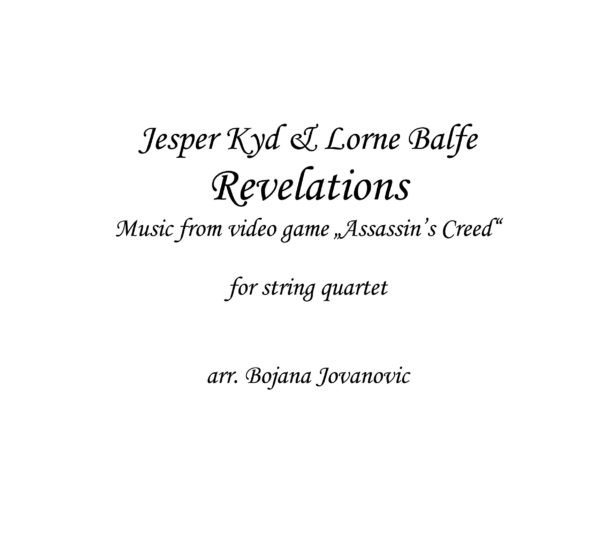 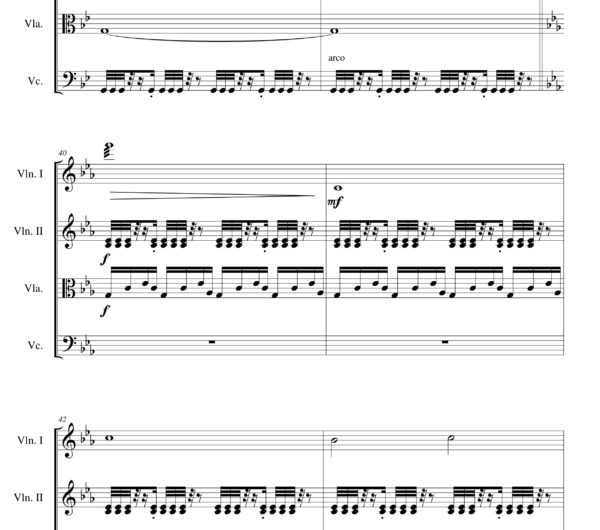